Straight from the Scullery

a blog about life, love, and the pursuit of food and happiness...

To the Woman at the Grocery Store 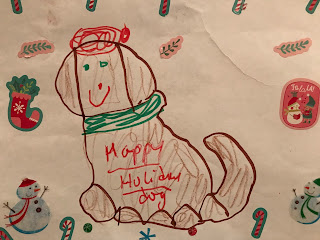 I raced from one place to another today, trying to get fourteen things done in a time slot that would fit only three. Not unusual, and it was relatively stress-free; nothing on the list was terribly pressing with the exception of finding the ingredients for dinner and making sure the puppies get a good run before the afternoon sun turns things into a premature winter's night.

After finding the shallots, discovering that lettuce is on the "safe to eat" list again, and picking up things to pack in lunches (how could I have forgotten the cookies????), I stood and waited for Dylan to pack up some chicken for me. Dylan is slower than a frozen river, and I am convinced his schedule is made once his managers determine when I will be shopping. Need some brats or burgers? Dylan is there every time...testing my patience. He is very, very nice. I know because I chat with him for long periods of time while he painstakingly wraps my dinner and fumbles with the tape. He is actually quite interesting to talk to.

show me the rest of this one »
Posted by Unknown at 7:42 PM No comments:

Meghan is up in Alaska, where right now it gets light out at 11am and then the sun goes down around 2 pm. Her husband is in the military and is getting set to deploy soon, which means he will be gone for a year or so while she and their infant son keep things rolling at home. She has recently decided to take up cooking and baking, and is really quite good at it.

Susan struggles with dementia and is worried that her "mind is erasing itself," as she put it the other day. She is sad she can't remember the history shared with her husband, and listens to him tell her stories about when they were younger, smiling at pictures of them, not recognizing herself. Back in the day, she was an exceptional cook, and is distressed because she can't remember how to make a  Thanksgiving dinner anymore. It was delivered to her home this year, which makes her feel both happy and sad.

Tom is a shuttle driver for a car dealership and faults himself for his own misfortune. He looks back and admits he was lazy and never did what he needed to succeed. It is a hard realization. Now, at 50 years old, his mother drives him to work each day so he won't get robbed on the bus. He needs another paycheck in his pocket to afford a car of his own, though that will have to wait if he needs to buy groceries before the end of the week. His mother still cooks him dinner, which he feels lucky about, because she can make the long day's work melt away with the smell of dinner in her oven.

Jocelyn is a teen who goes home every day to her grandmother's house, where she helps her grandmother prepare the evening meal for her entire family. Her parents live there as well, both on long term disability for various reasons. Her brother was unable to get into the military (as he'd always dreamed of) because of a head injury that caused permanent damage. He helps Jocelyn make dinner from time to time, though he is very messy in the kitchen and she only lets him chop the vegetables.

At the end of each day, these four people all sit down to a meal with their families. They are all from different parts of the world, they all have realities that take courage and strength. And for a short time late each afternoon, the troubles of the day are forgotten. Laughter replaces worry, smiles light up the room. Warm food, uninterrupted time together, and remembering that despite any difficulty, there is much to be thankful for are just a few beautiful details of family dinners.

Share a meal with the people you love. It changes your world.

Pulling Positive Out of the Shadows

Drama was meant for theatres...not for every day life. I think my threshold has almost reached capacity. For example, the driver behind me at the light this morning: FYI, the reason I didn't GO this morning right when the light changed had to do with the oncoming car from the left who appeared to be (and was) running a red light. Perhaps, Impatient Driver, next time you're behind someone who doesn't go from 0 to 70 in .23 seconds, you might recognize the fact that had I been urged on by your honking instead of paying attention as I am supposed to, I would have been plowed over by a maniac from the left.

The drama created all around us on a regular basis is wearing everyone down. I know because it's wearing me down, and I'm usually one of the last to go! Time for a no-phone, hot bath with pizza and champagne night.

show me the rest of this one »
Posted by Unknown at 1:46 PM No comments:

2018 has been a year for reviewing things I already have rather than just plowing forward into something new. It is a practice I planned to form a habit around and have it become a part of who I am. Of course that could all go out the window at any time....I am constantly challenged with reminders that this is actually a "thing" I am working out internally, and it happened again last night.

In fact, I heard the reminder coming out of my own mouth. The listener was taking it in and actually paying attention (it was one of our children, so he was stuck with me at the dinner table). And as I heard myself saying it, I thought "ohhhh yeah, that's actually really good advice across the board. Hm." We all learned some basic lessons when we were younger (for some of us that goes back a few decades, for others, well...you are a few years closer to young), sometimes they come back around and smack us in right in the face. This particular lesson I was reciting was picked up back in English 101 as a basis for creating credible and cohesive research papers.

The Heroine of Rocky Ridge Farm

For many women I know, one of the most iconic figures of our childhood was the feisty little pioneer girl who set out into the great frontier with her family from the big woods of Wisconsin, heading across the frozen Mississippi River in their covered wagon with high hopes and their faithful bulldog, Jack. Laura Ingalls Wilder served as our heroine and our champion, working hard to make ends meet, struggling to hold back when her sharp tongue threatened to get the best of her, and teaching us some of the greatest moral lessons of our lives. Laura taught us to be kind, to be grateful, to be resourceful, and above all, to find the silver linings that surround us each and every day, despite the circumstances.
Born in the small town of Pepin, Wisconsin on February 7, 1867, Laura and her family’s adventures spanned Missouri, Kansas, and Minnesota, finally setting in the Dakota Territory where Laura became a teacher at the age of 15, and met and married the love of her life, Almanzo Wilder.
show me the rest of this one »
Posted by Unknown at 10:43 AM No comments:

The Grandmother of Europe


During her reign, Queen Victoria mothered 9 children...a lot by any standard, let alone for a woman who didn’t much care for being pregnant. The Queen’s children grew up (as children have a tendency to do) and worked themselves into the royal fabric of the entire Old Continent. Her great-great grandchildren include Queen Elizabeth II of the United Kingdom, Queen Sofia of Spain, King Constantine II of Greece, King Michael I of Romania, Queen Margrethe II of Denmark, and King Carl XVI Gustaf of Sweden. Not a shabby lot. When she ascended the throne in 1837, she was excluded from becoming the ruler of the Kingdom of Hanover, because according to the laws of the day girls don’t get to rule things. (Hanover ended up getting conquered by Prussia about 30 years later, which then got “unified” with the German Empire a couple years after that, but that’s another story…)  Undaunted by the exclusion, Queen Victoria proposed to her husband (he surely couldn’t ask her...she was the queen for crying out loud) and proceeded to make such an impact that an entire era was named for her. Throughout her reign, Queen Victoria survived not one or two, but six assassination attempts. During the Victorian era, the British Empire included Australia, New Zealand, Canada, South Africa, and India. On January 1, 1877, the queen was proclaimed the Empress of India. Not bad for never having set foot inside the country!

Queen Victoria also had a appetite for potatoes, and had them cooked for her in any possible way a chef could dream up. Perhaps she would have liked these hometown faves:

If the picky ones are home, I will peel the potatoes before cubing them, but if I want all the health benefits, I just scrub them and dice them up. Boil the diced potatoes for approximately 10  minutes, then drain the water. Add the rest of the ingredients, allowing the butter to melt completely as you’re mixing it in. Be sure the garlic is mixed in well and dispersed so that no one bites a whole chunk at one time.

Mash all the ingredients together and serve immediately. Serves 4

Cheesecake in a New York Minute

Eat These Instead of Twinkies

The Best Brownies Ever

Enchiladas from My Dinner Table