Straight from the Scullery

a blog about life, love, and the pursuit of food and happiness...

What Would You Eat? 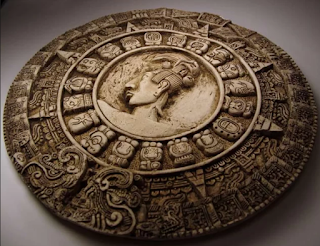 I passed by some serious doom and gloom billboards a while back, they were shrieking at all freeway drivers, reminding us all that the end of the world was on its way any day now.

Shortly after their predicted doomsday date came and went with no apocalypse on the horizon, the billboards had a new message: "Whoops!" they admitted,"our calculations were wrong. It's actually in a few months..."

I wonder if these same people can remember what time their dinner reservations are. Or when to pick up their kids from soccer practice. There are some details about things which really ought to be at the forefront of the mind.

Pretty sure getting the date right for all of humanity ceasing to exist is one of them.

Well, evidently our cloudy minded friends are really, really sure that tomorrow is It. It's all over. I wonder if these all-knowing naysayers did their homework? Because if they HAD done their homework, they would recognize that the future-predicting rock in the Mayan museum does not actually have much in common with the Hallmark puppy calendars we hang on our kitchen corkboards.

The all-telling stone had a bit of a trick to reading it...there were actually THREE calendars all mixed together on that thing. There was the religious calendar, which took about 260 days to get through. There were 20 little chunks of time in there (about 13 days each) that each had it's own graphic design, title, and meaning. Kind of like a horoscope symbol.

Then there was the part of the calendar based on the sun, the solar calendar. Interestingly, the Mayan solar calendar also had 365 days on it. The difference was in the length of what we call "months." The Mayan "month" only lasted 20 days, and there were 18 of them. The bummer about that plan was the five leftover days (20x18=360). Those days were deemed to be very unlucky for the Mayan people. 5 days of bad stuff going on.

The third section of the calendar sort of intertwined in the mix is known as the "long count." The math behind it is pretty fantastic, though I'm not even going to attempt to explain it. Essentially, however, the days on the calendar began with the number "1" and kept right on going all through time, until The End. So this part of the calendar is what everyone is all jazzed up about.

What our modern, drama-loving society fails to realize and internalize is that the Mayans (unlike ourselves) understood that things are very cyclical. And when the calendar seems as though it is running out, it is simply starting again, utilizing mathematical equations that I can't even wrap my head around (and I LOVE math!). The reality is, the Mayan calendar is set up in a way that makes it valid for billions and trillions and gazillions of years past tomorrow.

The best part about the whole thing, in my opinion, is that what the Mayans were meaning to tell us about 2012 was that it would be a year of welcome change in monumental ways.

Sadly, that just doesn't have the marketing appeal that the End of the World does.

And so while knowing that Great Things lie ahead of us (that same Mayan calendar actally has predictions on it that are dated AFTER December 21, 2012), I decided to spend the fated "last evening of civilization" in the best way I can think of. Unfortunately, my loved ones are elsewhere (why they are Christmas shopping for a Christmas that is AFTER the end of time, I don't know), so it's just me and the dog.

We (the dog and I) decided that the best way to celebrate this life that we love would be...of course...with food. And so after mixing cooked up hamburger into his dog food, I looked through the recipe book and stopped at the grocery store. My perfect end-of-the-world meal would be as follows:

And while that all sounds nothing short of mouth-watering, I strolled through the aisles of the grocery store and recognized two very important facts:

1) It's just me and the dog tonight, and he's already eaten
2) It's not actually the end of the world

And so I will stash my scrumptious recipes away for what could be a Winter Solstice meal for tomorrow, or fill the house with those amazing dishes when we are all together for a New Year's Eve Feast, really anytime our dinner table will be filled with laughter and smiling faces.

And so on this eve of the end of the world, my meal of choice is a menu that is hard to beat. Cheese and crackers, a bacon cheeseburger (I didn't give the dog ALL of the burger), asparagus with cheese (can you guess the theme by now? I am so sad for people who are allergic to cheese) And, so as not to break the theme...Cheesecake.

Enjoy your meal on this monumental evening. I wonder what you're having?

Mix all of that stuff up and press it into a springform pan. That's the crust.

The trick with cheesecake is to leave it in the oven for a a while (with the door open) to cool down. And don't take the sides off the springform pan until it's complete cooled. And if you're that careful and it STILL cracks...cover it with whipping cream.
Posted by Anonymous at 4:38 PM

Cheesecake in a New York Minute

Eat These Instead of Twinkies

The Best Brownies Ever

Enchiladas from My Dinner Table